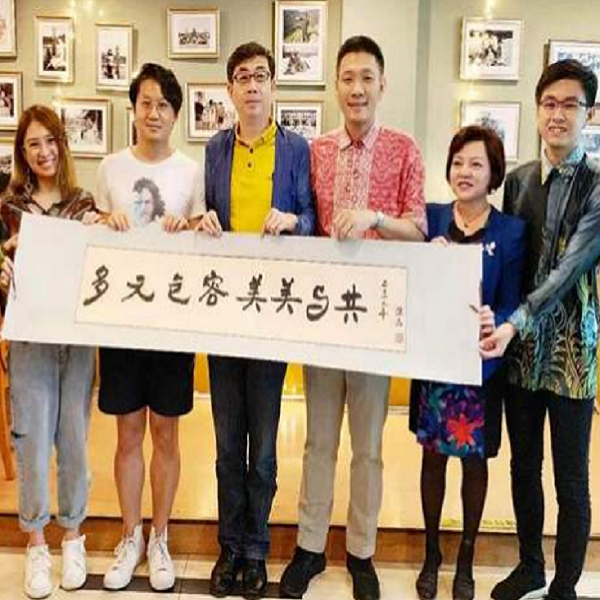 All News
Kuala Lumpur 12 Sept- MCI: A documentary short film entitled “Multi-cultures interwined in harmony” by Peking University Alumni Association Malaysia (PKUAAM) launched yesterday at the Years of Wonder Cafe, Peking University (PKU), Beijing China.
The film was produced in conjunction of 45th anniversary of Malaysia-China diplomatic ties.
Since the establishment of diplomatic relations between two nations on May 31st, 1974, both countries have come a long way towards the establishment a comprehensive strategic partnership in 2013. To commemorate this four-decade long milestone, PKUAAM and the WeInsight Studio, established by alumni of the School of Journalism and Communication of Peking University, jointly planned and produced the documentary. The documentary is also sponsored by Hai-O Enterprise Bhd– one of Malaysia’s leading listed corporations.
The 20-minute long documentary is made up of three chapters: “past”, “present” and “future”. It narrates the personal experiences of the three generations, reflect on the cultural dialogue throughout the 45years of Malaysia-China relations, illustrate the diverse ethnic, cultural, religious and social background of the two countries, and illuminate on the diversity that has positively impacted to lives of the people from both countries. The purpose of the documentary is to understand the framework of Sino-Malaysian diplomacy and to explain the profound meaning behind the forty-five years diplomatic journey between Malaysia and China.
There are about ten interviewees featured in the documentary, some of whom are notable political and business leaders such as former Secretary General of Ministry of Home Affairs of Malaysia Tan Sri Osman Kahin, president of Malaysia-China Friendship Association Dato Abdul Majid, ambassador of China to Malaysia His Excellency Bai Tian, chairman of Hai-o Enterprise Tan Kai Hee and managing director Tan Keng Kang, professor of Beijing Foreign Studies University Wu Zongyu, president of China Entrepreneurs Association in Malaysia Datuk Keith Li Zhongping and executive vice president of Linton University Mr Zhuang Zhihai. From their personal accounts, they were deeply impressed by the gradual increase in mutual trust vis-à-vis politics, economics and trade between Malaysia and China.
During the opening remark, Nai Chen Huang, president of PKUAAM, highlighted the process of proposing this documentary video and appreciation to the support from PKU Alumni and PKU International Students Divisions and efforts made by the filming team. He emphasized the importance of youth interaction from both countries, as a pillar to enhance the bilateral relationship and international exchanges among youth. The advisor team for the video formed by Professor Zhai Kun from PKU School of International Studies, Associate Professor He Shu from PKU School of Journalism and Communication, Associate Professor Sha Zongping from PKU School of Philosophy and Associate Professor Kong Tao from PKU Institute of Social Science Survey participated in the event.
There were also music performance and Teh Tarik show presented by the members of Malaysian Students Association of Peking University.
This event was hosted by Malaysian Alumni Association of Peking University, Southeast Asian Association of Peking University and Malaysian Student Association of Peking University. The production of the documentary has received courtesy support from the Chinese Embassy in Malaysia, Malaysia-China Friendship Association, Malaysian Chinese Museum, Proton Automobile, Yangtze River Cultural Fund, Xiamen University Malaysia Campus, Linton University College, Malaysia, China Entrepreneurs Associations in Malaysia and CREATE.