All News
Two former diplomats say the prime minister's visit to China was never going to be easy as he had to discuss the cancellation or postponement of huge Chinese-led projects.

PETALING JAYA: Two former diplomats have dismissed the claim that the prime minister’s trip to China was a “diplomatic disaster”, saying the circumstances of the visit meant it was never going to be easy. 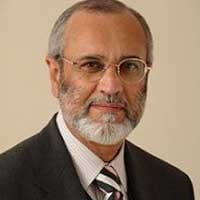 Dennis Ignatius and Redzuan Kushairi told FMT this was because Dr Mahathir Mohamad had gone to Beijing to personally raise the issue of having to cancel or postpone Chinese-led infrastructure projects involving billions as Malaysia could not afford them.

They were responding to an opinion piece carried in Malaysiakini that the trip was a “disaster” as no major deals had been signed. The article also noted a press conference in which Mahathir had said that richer nations shouldn’t colonise others.

In addition, it cited Mahathir’s remark that Chinese companies were forced to give 30% of shares to Barisan Nasional for projects in Malaysia, and his statement that controversial businessman Low Taek Jho was believed to be in China although he provided no proof for either claim.

Ignatius, a former high commissioner to Canada, said Mahathir’s visit sent the message that he valued good relations with China and wished to assure Beijing of his commitment to improving ties.

“It’s part of what’s going to be a long and arduous diplomatic, political and legal process of extricating ourselves from the disastrous agreements that the former regime signed.

“Nobody is expecting quick fixes,” he said, adding that it was unrealistic for anyone to expect major deals to be worked out with China given the new government’s short time in office.

He also said it was unlikely that Mahathir had been referring to China when talking about rich nations colonising others, given that trade between the two countries was heavily in Malaysia’s favour.

On diplomatic relations, Ignatius acknowledged popular opinion that ties with China had been good under the Najib Razak administration. However, he said this came at the cost of lopsided contracts using borrowed money for infrastructure that Malaysia couldn’t afford.

“That’s not the kind of good relations we want.” 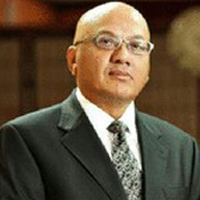 Redzuan, a former ambassador to Uzbekistan, praised Mahathir for going to Beijing himself to explain Malaysia’s situation to the Chinese leadership.

He said Malaysia’s present circumstances called for honesty, sincerity and openness as the best approach.

“It is better than continuing with the projects and having to live with a debt burden to China that we can’t bear,” he said. “Beijing ought to respect and appreciate such an approach.”

Redzuan, who is part of the G25 group of former civil servants, also noted Malaysia’s role in China’s One Belt One Road (Obor) initiative, saying it would fail if Obor projects in Malaysia failed.

“Mahathir’s decisions on the Chinese projects give them a good reason to assess how they should now drive the Obor, which clearly requires good governance, transparency, and accountability.”

Yesterday, MCA deputy president Wee Ka Siong warned that Putrajaya’s decision to cancel three Chinese-led projects could affect ties with the country as the projects were part of Obor.

The initiative has seen Beijing undertake up to US$926 billion worth of projects along strategic land and sea routes, spanning over 15,000km.