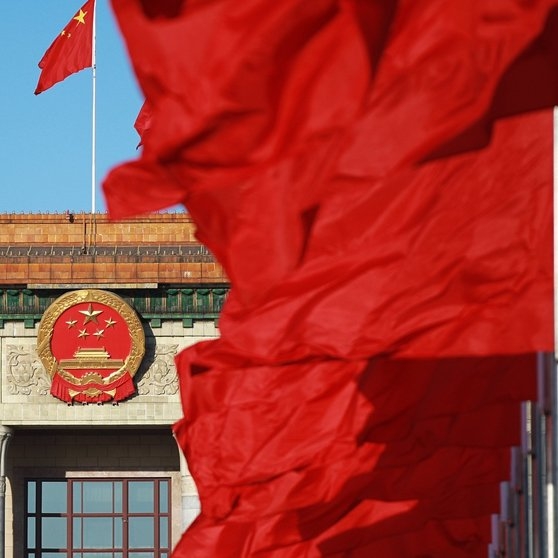 
Chinese President Xi Jinping on Friday underscored the importance of implementing the rule of law, calling it a guarantee for China's
long-term development.

Advancing law-based governance in all areas should be regarded as a new vision, new thought and new strategy guiding the country's development, he stressed.
Xi, also general secretary of the Communist Party of China (CPC) Central Committee and head of the Commission for Comprehensive Law-based Governance of the CPC Central Committee, made the remarks while presiding over the first meeting of the commission.
Li Keqiang, Li Zhanshu and Wang Huning, members of the Standing Committee of the Political Bureau of the CPC Central Committee and deputy heads of the commission, attended the meeting.
Xi said efforts should be made to improve the rules and regulations and work mechanisms of the CPC's leadership over advancing law-based governance in all areas, which will provide a long-term and stable guarantee for comprehensively building a moderately prosperous society, comprehensively deepening reform, and comprehensively strengthening Party discipline.

Outlining the commission's priorities this year, Xi urged the relevant units to comprehensively implement the Constitution and organize promotional events across the country to foster respect for the Constitution, adding that supervision over the Constitution's implementation should be enhanced.Legislative plans for the Standing Committee of the National People's Congress and the State Council should be improved, and legislation in key areas should be strengthened, he noted.Xi also called for more efforts to build a law-based government, deepen judicial system reform, promote a culture of rule of law in the society, and improve the training of professionals for legislation, law enforcement and judicial work.The commission should focus on top-level design for advancing law-based governance in all areas, he stressed.The idea to create a "central leading group for advancing law-based governance in all areas" was first put forward in Xi's report to the 19th CPC National Congress in October 2017.In March this year, the CPC Central Committee released a plan on deepening reform of Party and state institutions, deciding to form a "central commission for comprehensive law-based governance."